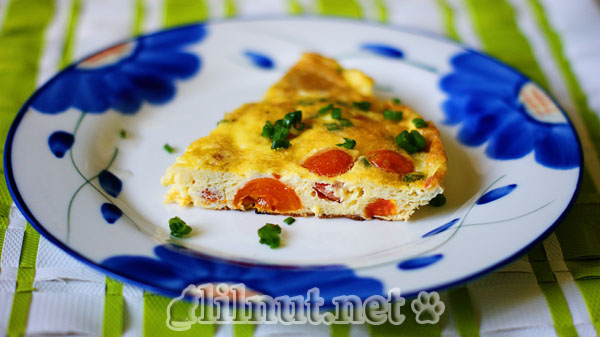 Ohmy! December 2012 is coming to an end! In a blink of an eye no less! I've been really busy, as I was tasked to organize Christmas gifts exchange in the office. We did it in a Secret Santa way, where the participants get to pick a name for the intended recipients of the gifts, and it was supposed to be anonymous, unless the gifter decided to let the recipient knows. I've also included a wishlist for the recipients to fill up, which makes gifting easier. In all, it was quite a fun session, especially for those colleagues whose wish comes true. 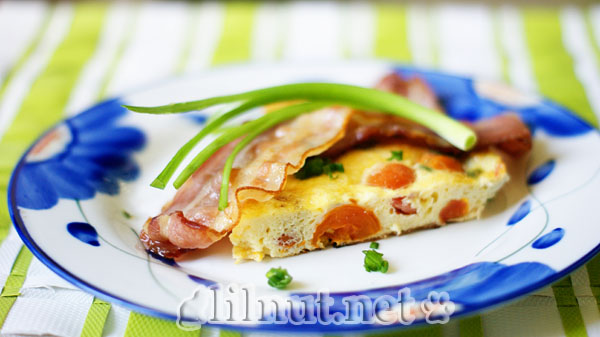 My desktop came back to work after the holiday break, which I attribute it to the miracle Christmas! Here's the photos of a brunch I made:- a tomato, scallion and cheddar frittata. I served them with bacon and the meal lasted me through dinner. 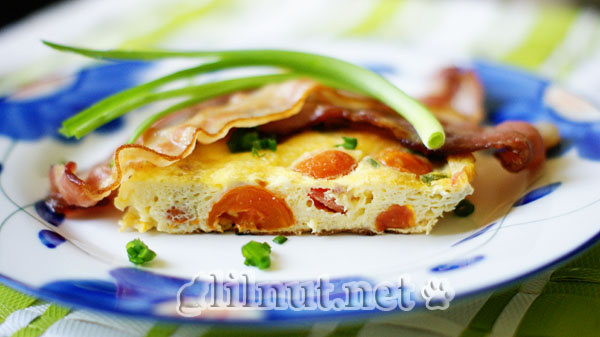 The frittata was a good mixture of tangy cheedar, hearty egg and a slight tartness from the grape tomatoes. I could imagine adding all sorts of vegetables to it, making it a more balance and healthy meal.

Cook's Note
The frittata will appear to be mostly liquid on top when you transfer it to the oven, but as long as the edges are set, the eggs will finish cooking evenly.


This is another dish for Cook Like A Star December 2012 - Martha Stewart, hosted by Zoe from Bake for Happy Kids , Baby Sumo from Eat Your Heart Out and I, Riceball from lilnut.net.