Spaghetti with Bacon and Peas 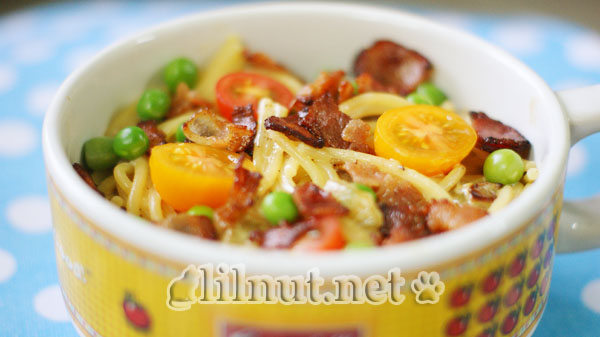 This simple pasta dish, which basically is carbonara sans the egg is deliciously creamy and there's bacon in it. Everything taste good with bacon, so I believe this dish needs no further recommendation. I decided to also throw in an egg for a good measure, so I cooked spaghetti carbonara instead? Look at the color scheme: red, green and yellow. Reminds me of Christmas! Speaking of Christmas, have you guys started decorating and shopping yet? Any plans for the holiday? 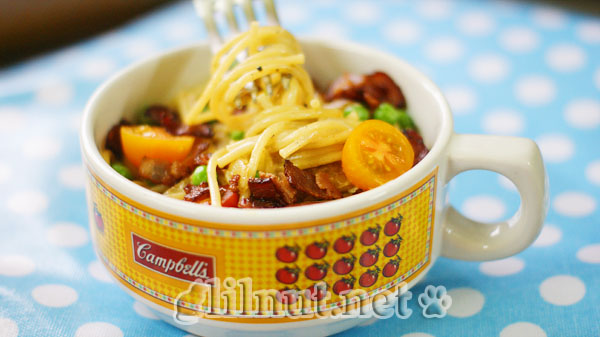 Spaghetti with Bacon and Peas
adapted from Martha Stewart

Directions
Set a large pot of salted water to boil. In a large skillet, cook bacon over medium until crisp, 5 to 7 minutes. With a slotted spoon, transfer to a paper-towel-lined plate to drain (leave fat in skillet).

Cook pasta in boiling water until al dente, according to package instructions. Reserve 1/2 cup pasta water; drain pasta, and return to pot. Pour sauce over pasta; toss to combine, adding some reserved pasta water a little at a time to coat. Sprinkle with bacon, and serve immediately.


This is another dish for Cook Like A Star December 2012 - Martha Stewart, hosted by Zoe from Bake for Happy Kids , Baby Sumo from Eat Your Heart Out and I, Riceball from lilnut.net. 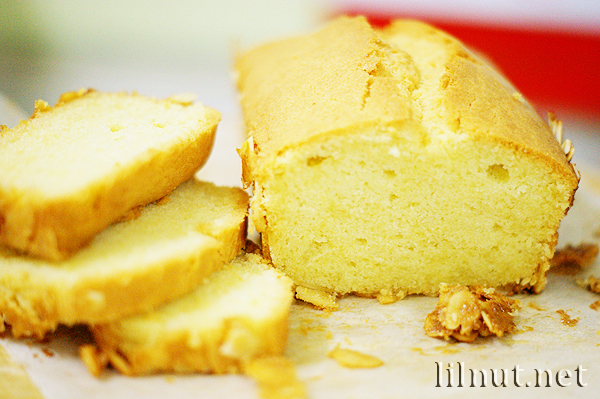 Today's cake is dedicated to The Home Bakers . I rarely like to discuss about work because, as stressful, busy and time consuming work is, it will pass. Whining and complaining gets nowhere, and nothing gets done. But this time round its different. Juggling between finishing a dissertation, publications and finding a new job that pays the bill does take its toll. There were times that, I felt I wanted to throw the laptop away and move to the mountains. Thankfully, sometimes when things get tough, indulging in my hobby (cooking, baking and blogging about it) cheers me up, but it could be time consuming. Initially I couldn't bring myself to bake this cake as it seems to be a poor way to manage my time, but I felt so left out not baking this cake because (i) I really, really enjoy baking together with fellow THB  members; (ii) butter is my favourite ingredient and (iii) me and my family loves butter cakes, its like OUR cake, and no other cake can even come close.