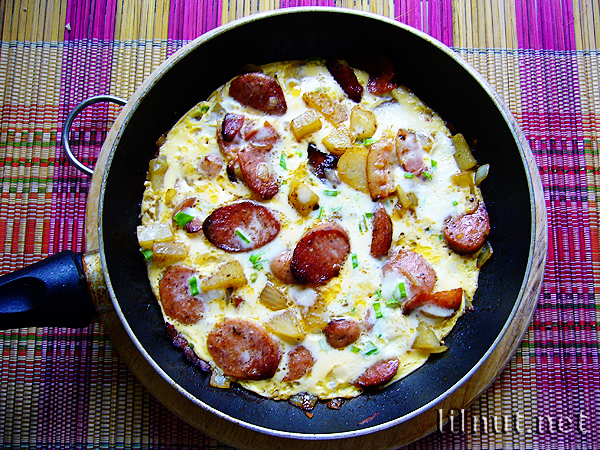 I liked the idea of brunch that can last until dinner. So, brunch had to be filling and easy to prep. With this in mind, while cooking brunch today,  we had Ina Garten's Omelette For Two, with some modifications. Because my bacon supply is getting dangerously low, I added sliced German pepper sausage into the omelette, which turned out to be a good choice: the sausage was a good addition that enhance both the flavour and heartiness of the omelette. But alas, I omitted the jalapeno chili, because I don't have any of those. Also, since I just ate baked egg (Golden Bacon and Egg Cups) recently, instead of baking in the omelette in  the oven, I covered the skillet and let the egg cook through. This actually helps in retaining the  moisture, and the result is moist, tender and smooth. 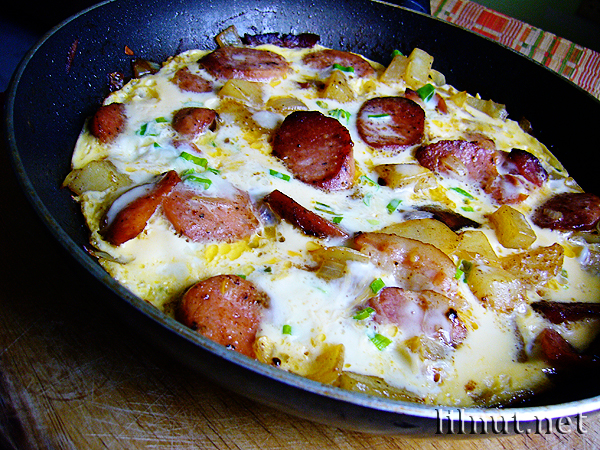 Omelette for Two: Filling enough to last until dinner. Easy to prepare and good for breakfast, lunch and dinner as well. Having made a second recipe from Ina Garten, I am convinced that her recipe is fairly easy enough to follow. I am submitting this to Cook like a Star - Barefoot Contessa, organised by Zoe from Bake for Happy Kids. 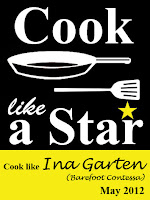