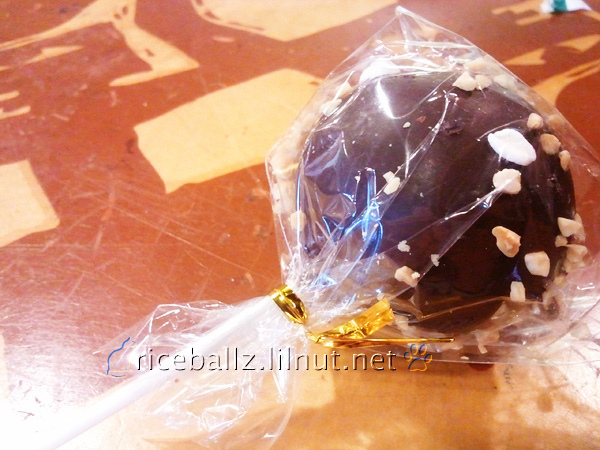 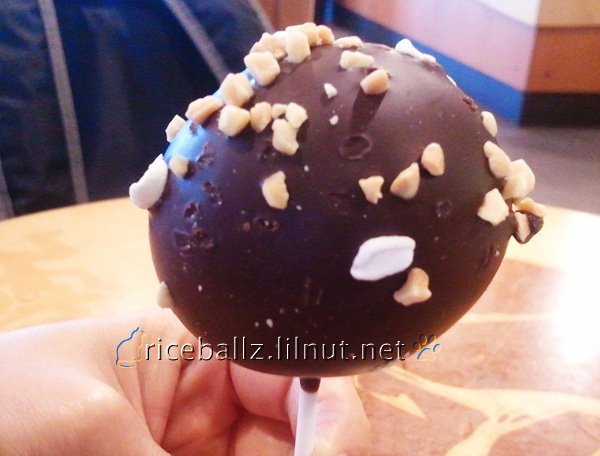 Initially even the baristas thought we were kidding, but in the end we managed to get one. 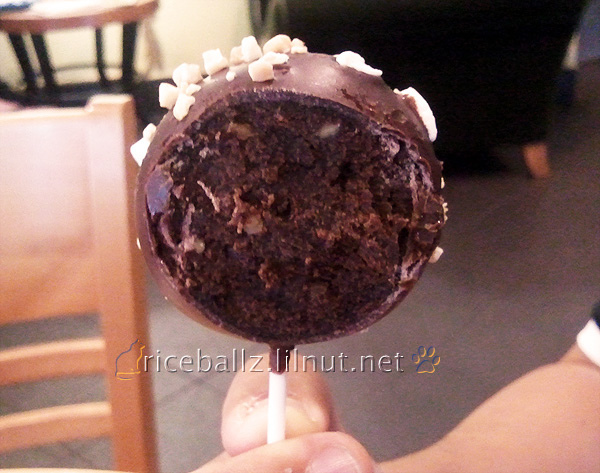 This is the cake pop, unwrapped. The size is bigger than a ping pong ball but smaller than a tennis ball. Quiet heavy actually. When we tried to hold by the stick, it sort of bent. The insides a dense and dotted with some nuts. Pretty much chocolate-y and not too sweet. 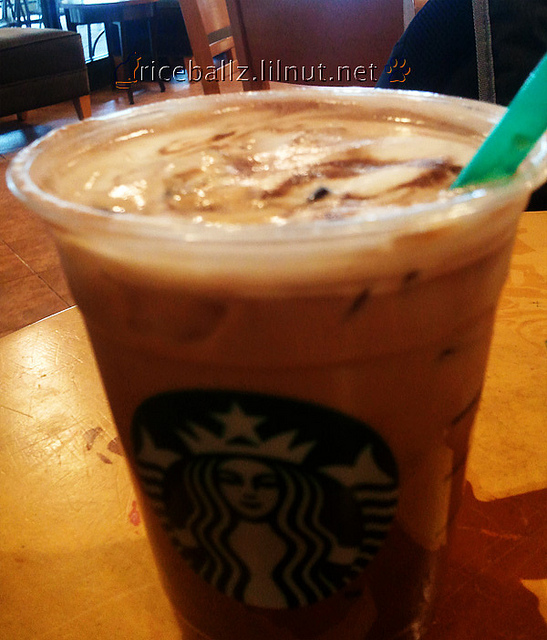 The new drink launched by Starbucks: Cocoa cappuccino. I don't really like it. Maybe because I had it cold as hot cocoa is always better? Then again, I felt that the drink tried too hard not to be mocha, but at the same time seems to taste like it.