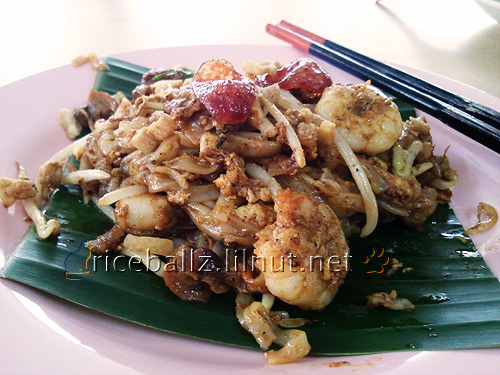 I don't know the exact address of this place, but it is at the corner of the row of shoplot behind the row where Restoran Mei Sek is, which is around USJ 14 area. The stall is operated by an old couple. The char kue tiau is among the best I've eaten around the area. 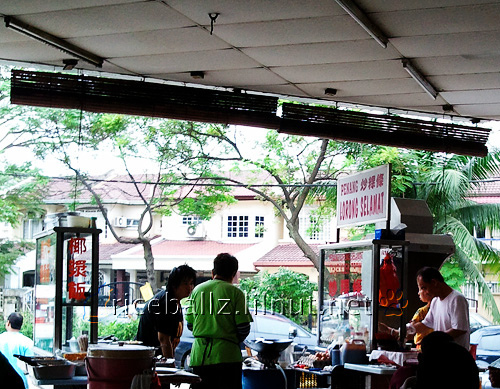 RM5.00 per plate of char kue tiau with cockles, prawns and lap cheong. Portion is quite small and is just enough for me, but the taste is really good. Aromatic, and basically full of wok fire (wok hei). Served on banana leaves, which adds to the authenticity and fragrance. 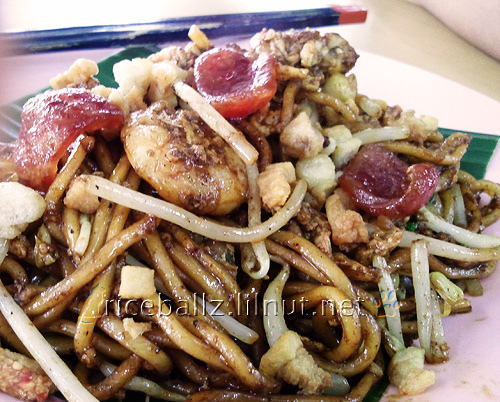 Fried noodles are available as well, though not as nice as the kue tiau. Yes, they are also sprinkled liberally with lard, which, in my opinion, the best thing to top off a plate of awesome char kue tiau.