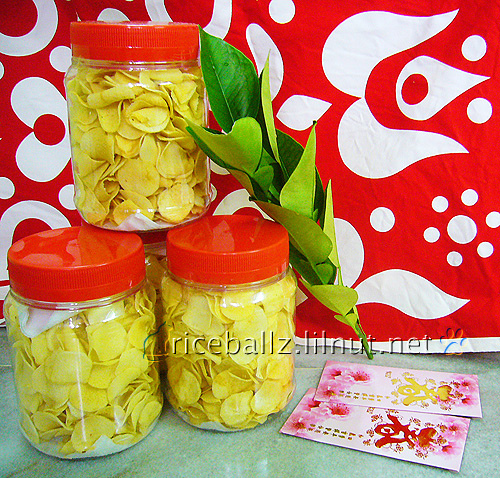 The remainder of the half dozens of arrowroot chips that I bought from my cousin.


Happy Chinese New Year 2011! There will be a week-long hiatus as we are all going back to hometown and celebrate Chinese New Year with family and friends. It is also the time to indulge in lots of awesome Chinese New Year goodies, starting from the lou sang, the elaborate and symbolic reunion dinner, Chinese New Year cookies, snacks and the likes. Speaking of snacks, the arrowroot chips are one of the most popular snack this year round. We've seen it sold everywhere from hypermarkets to small roadside stall, and even in Ikea! Of course, nothing beats homemade arrowroot chips. Now, thanks to my entrepreneurial cousin, we get to watch firsthand how arrowroot chips are made, right in his kitchen, straight from the raw ingredients to the ready made package. We now present a step-by-step arrowroot chips making process, in photos. Credits to my cousin for the photos. I can imagine the difficulty of taking photos while managing a bucketful of arrowroots and a boiling wok of oil. 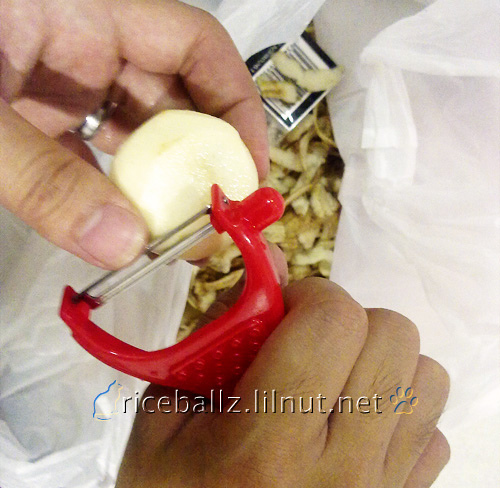 Also known as 牙菇 ya2 gu1 (Mandarin) or nga ku (Cantonese), this is a small, bulbous tuber look almost like water chestnut with a starchier texture. Start by peeling each arrowroot with a peeler. Judging from the size f the arrowroot and the peeler, its not exactly an easy job. 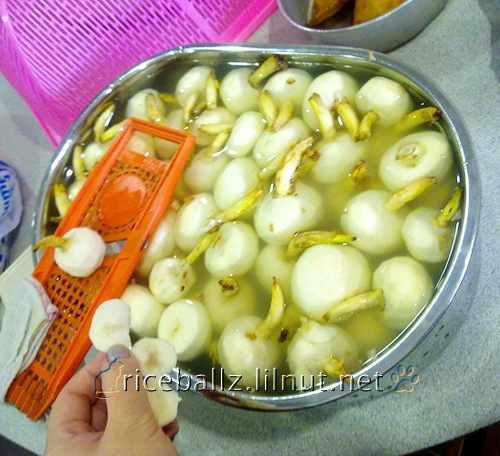 Peeled arrowroots are then soaked in water. Now that is a lot of arrowroots. 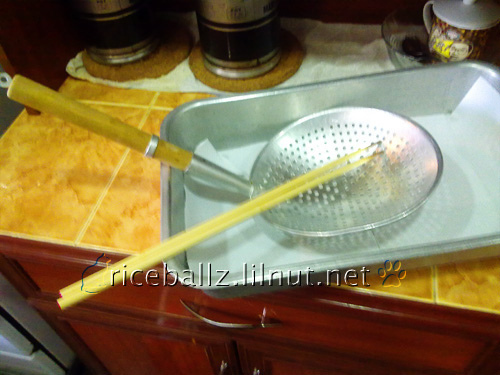 Aside from the obvious peeler, slicer and wok full of oil, a strainer in a pair of long chopsticks are also needed. 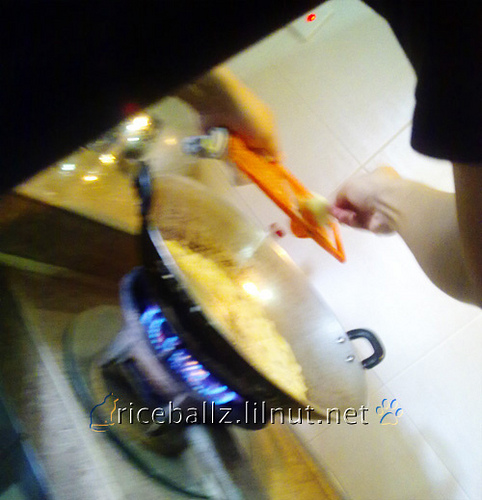 Heat up a wok full of frying oil. Bring the slicer over the wok of frying oil and start slicing the arrowroots straight into the wok. Looks like some kungfu movie! 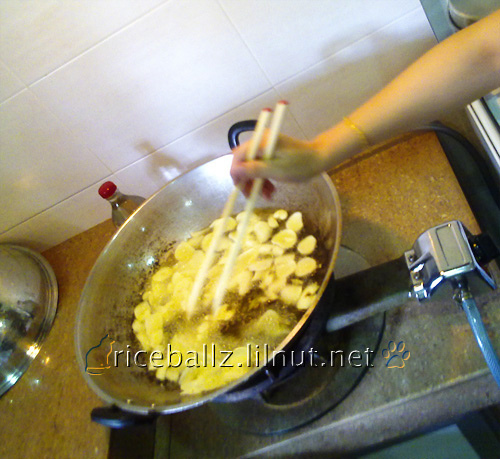 This is an important step: Look after the frying chips. They can be burnt faster than you can say "arrowroot chips". 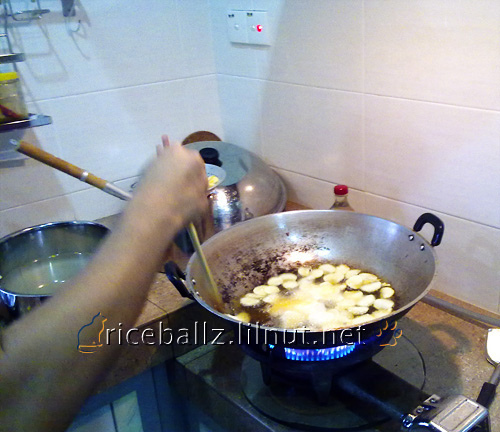 Because this step is important, I decided to show you twice.

Drain the oil. Cool before packing. Pack in the ubiquitous red cover transparent plastic container, and seal with cellotape. They are now ready to be distributed to the customers. All left is to open the container, grab a handful of chips and eat while sipping some sweet, gassy soft drinks while catching up with friends and family.
Festive Recipes